TPV Day of Innovation is a yearly event where the corporation TPV Group presents their innovation actions and achievements made the previous year, and also points out new trends, aspects and findings in the area of innovation. This year, the event took place on Tuesday, February 13, in the new showroom of TPV Group on Kandijska cesta 60. The ceremony was opened by  Mr. Marko Gorjup, Director – President of Management TPV d.o.o., who in the opening speech stressed the importance of innovations which in the increasingly changing environment allow us to adapt to changes and gain competitive advantages. In TPV, they are well aware of this and therefore systematically develop, promote and reward innovations in all levels.

The innovators were virtually greeted by one of the biggest and most famous Slovenian inventors Peter Florjančič, author of about 400 patents. He addressed the innovators with words of encouragement and shared some interesting stories and ideas with the audience about the birth of perfume atomiser and car airbag which he had sketched back in 1957.

Krunoslav Šimrak, the director of research and development division, presented the technology trends in the automotive industry, such as: autonomy, electrification, connectivity and car sharing. The global innovation index for 2017 has revealed that the world’s most innovative countries have been Sweden, the USA, Germany and the Great Britain, where are also located TPV’s biggest customers. The latter attach great importance to innovations and expect their suppliers, among them also TPV, to demonstrate such a commitment.

In TPV Group, innovations have become a significant part of all work processes and employees’ mentality. Last year, a 10.000th innovative proposal was submitted by the employees  representing 2,9 suggestions per employee. The number of innovative ideas is increasing year by year. Last year, the TPV employees submitted almost 3.000 inovative proposals. Among the innovative ideas, the Innovation Committee traditionally selects the most valuable proposal submitted by an individual and a team and they receive an additional award. At the ceremony, the awards and  recognitions for the best innovative ideas  were conferred by the director – president of management, Mr. Marko Gorjup, the director – member of management, Mr. Ivan Erenda, and the director of R&D division, Mr. Krunoslav Šimrak. According to the Innovation Committee, Marko Malnarič was the most impressive innovator with the innovative proposal called »Robotised manufacturing of a product for Range Rover vehicles«. The award for the most valuable team innovation was conferred to Srečko Basarac and Primož Kozan for their innovation called »Feasibility study and implementation of protection in the press tool«. 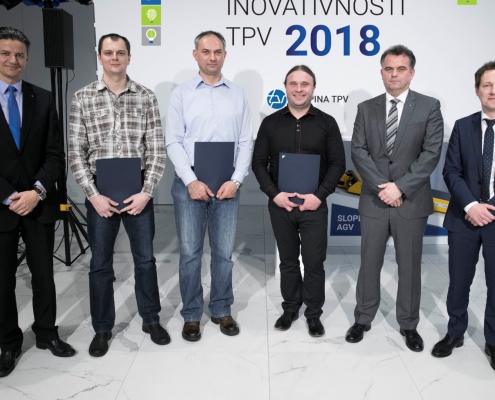 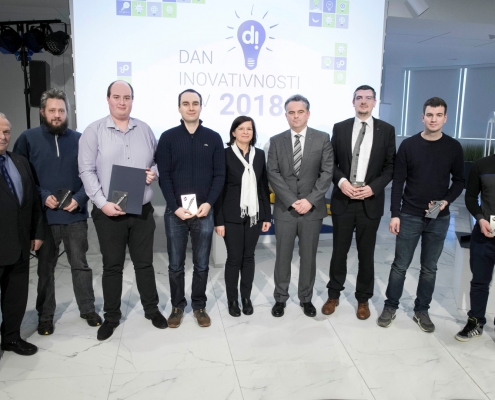 The Martin Sever Award for the best graduate thesis was conferred by Mr. Marko Gorjup and Vladimir Gregor Bahč, the procurator of TPV Group, to Davor Tramte for the diploma thesis called »3D scanning and making of a 3D model based on a point cloud  as a step in  reverse engineering process of a trailing arm” (Faculty of Industrial Engineering Novo mesto). 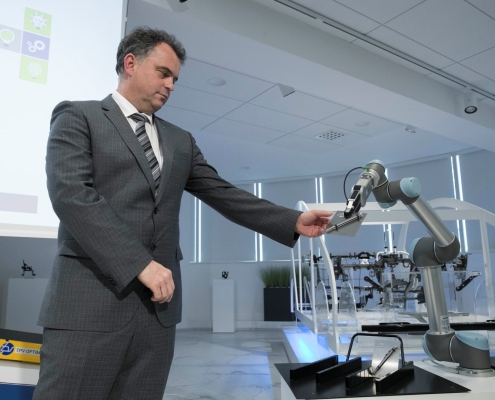 The guests of the event were Vedran Tare from the company Rimac Automobili, who presented a concept of developing an electric car, and Robert Gril from the company Universal Robots, who  pointed out the novelties and tends in the field of collaborative robots.

This website uses cookies to improve your experience while you navigate through the website. Out of these, the cookies that are categorized as necessary are stored on your browser as they are essential for the working of basic functionalities of the website. We also use third-party cookies that help us analyze and understand how you use this website. These cookies will be stored in your browser only with your consent. You also have the option to opt-out of these cookies. But opting out of some of these cookies may affect your browsing experience.
Necessary Always Enabled

Any cookies that may not be particularly necessary for the website to function and is used specifically to collect user personal data via analytics, ads, other embedded contents are termed as non-necessary cookies. It is mandatory to procure user consent prior to running these cookies on your website.